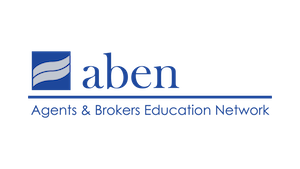 Certificates of Insurance – Emerging Issues and Other Stuff that May Scare You!

Certificates of Insurance is a document that verifies your insuance and coverage limits with your insurance company's name for a stated period of time .At least 1 in every E&O case involves a COI issue, making COIs one of the most high-risk documents that pass between insureds, agents, insurors and thrird-parties.  Join us to review:

William C. Wilson, Jr., CPCU, ARM, AIM, AAM is the founder of InsuranceCommentary.com. He retired from the Independent Insurance Agents & Brokers of America in December 2016 where he served as Assoc. VP of Education and Research and was the founder and director of the Big “I” Virtual University for over 17 years.  He is the former Director of Education & Technical Affairs for the Insurors of Tennessee and, prior to that time, he was employed by Insurance Services Office, Inc.  He is a graduate of the Illinois Institute of Technology with a B.S. degree in Fire Protection & Safety Engineering.

He has served as a trainer and speaker for various organizations, including the Independent Insurance Agents & Brokers of America and 43 of its state affiliates, the CPCU Society national convention and chapter programs, the National Association of Insurance Women (NAIW), the Southern Agents Conference (SAC), the Risk & Insurance Managers Society (RIMS), the International Risk Management Institute (IRMI), and the Society of Risk Management Consultants (SRMC).

Bill has conducted hundreds of technical seminars, workshops and convention presentations—from Hawaii to Maine and Alaska to Florida—as well as programs on time management, presentation and public speaking skills, seminar development, and many others.  He has been the top-rated presenter at several CPCU National Conventions and his programs are always highly rated by attendees. He has presented seminars or webinars to as many as 5,000 attendees in a single session.

He was the recipient of the IIABA L.P. McCord National Education Award for having the #1 ranked state insurance education program in America and has won six other national education awards, including the George M. Gottheimer Memorial Award which is presented periodically to a CPCU Society member who has made an outstanding contribution to the field of insurance education, risk management or insurance consulting and, most recently, the Jeff Yates Lifetime Achievement Award which is the IIABA’s highest honor for nonagents.

He has been quoted as an expert in a number of mainstream publications, including Readers Digest, Kiplinger’s, and Money magazines and the Wall Street Journal, and he has been cited as an expert resource/interviewee for local television and radio media. He has also served as an expert witness in litigation.

According to Nashville NBC television affiliate WSMV, “Bill Wilson is an expert when it comes to insurance.”  Dr. William T. Hold, president of the Society of Certified Insurance Counselors in Austin, Texas has said that, “Bill Wilson is recognized by his peers as one of the premier insurance educators in America.” Bob Rusbuldt, CEO of the Independent Insurance Agents & Brokers of America says, “Bill Wilson is the nation’s foremost leading expert on form, coverage, and technical issues.”

Bill now blogs on insurance industry issues at InsuranceCommentary.com and delivers keynote presentations in conjunction with his consulting practice. He is also working on several book projects in addition to playing lead guitar with the band The Old Dogs.

MT - This course is approved for 3 hrs CE